The Feast of Tabernacles- Sukkot 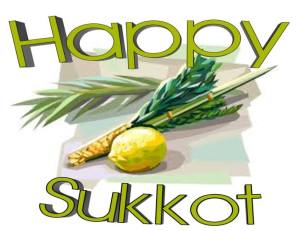 The Feast of Tabernacles- Sukkot

~An ingathering of rising up tents or booths; praising YHVH for delivering us out of the land of Egypt; knowing HIS work had completed everything. They were to tell their children for all generations to always remember that YHVH is their /our Elohim. ~

The Feast of Tabernacles, also known as Sukkot, is a celebration resting in Adonai; remembering and praising HIM for delivering the Jews, and the mixed-multitude out of the Egyptians hands (slavery). This is also one of the three appointed times known as “Pilgrimages.”

The three pilgrimages are: Passover (Pesach), Pentecost (Shavuot), and Feast of Tabernacles (Sukkot). These appointed times, along with Unleavened Bread (Chag HaMatzah), First Fruits of Barley (Ha Bikkutium), Trumpets (Yom Teruah), and Day of Atonement (Yom Hakippurim/Kippur) are the appointed times of Adonai, also known as the Moedim.

The Feast of Tabernacles (Sukkot) is the last fall feast, and the seventh feast. It is very important to capture the connections. Sukkot is to rest, and the Sabbath is also on the last day of the week–seventh day to rest in HIM as He has completed the week. Also on the day of creation, Adam and Eve (Chavah) were to rest on the seventh day. As you remember, they were created last on Day Six. Many ask why they had to rest when they didn’t even work the garden for a week yet. It wasn’t anything they did or didn’t do to earn that rest. The Sabbath (day of rest) was blessed, sanctified, and made Holy. It is a remembrance that everything is completed in HIM. There isn’t anything we can do to improve what Adonai has already done.

There are some very important connections to know:

Sukkot is a seven-day celebration, and the eighth day is a High Sabbath, and so is the first day of Sukkot. The number eight also resembles “New Beginnings.”

Deuteronomy 31: 10-13
10 Moshe gave them these orders: “At the end of every seven years, during the festival of Sukkot in the year of sh’mittah,
11 when all Isra’el have come to appear in the presence of ADONAI at the place he will choose, you are to read this Torah before all Isra’el, so that they can hear it.
12 Assemble the people-the men, the women, the little ones and the foreigners you have in your towns -so that they can hear, learn, fear ADONAI your God and take care to obey all the words of this Torah;
13 and so that their children, who have not known, can hear and learn to fear ADONAI your God, for as long as you live in the land you are crossing the Yarden to possess.”

Those with a willing and contrite heart were to bring their offering for the Tabernacle of Adonai (G-d). It is a joyful act to the giver, as well as to the receiver—happiness. It is also a loving way to rejoice in all of HIS provisions he has given.

In the days of Yeshua, there were two and a half million people who participate in the Feast of Tabernacles.

The singular word for booth is “Sukkah.” The sukkah was built with three enclosed sides, and one side left opened, with a curtain. The roof was to be made by things growing from the ground. Boughs of palm or willow tree were traditionally used. The roof must not be completely covered because the inhabitants of the sukkah must be able to see the stars. Rain must also be able to get in, but the roof must provide more shade than sun. (Moed Ministries).

It was commanded to rejoice! Imagine that? Adonai wants us to have a party and have no complaints. HA HA!

Isaiah 12:3 (CJB)
Then you will joyfully draw water
from the springs of salvation.

WHO is the living water? Yeshua, and “Yeshua” means Salvation!

Psalm 118:14-15 (CJB)
14 Adonai is my strength and my song,
and he has become my salvation.
15 The sound of rejoicing and victory
is heard in the tents of the righteous:
“ADONAI’s right hand struck powerfully!

Exodus 15:1-2 (CJB)
15 Then Moshe and the people of Isra’el sang this song to ADONAI:
“I will sing to ADONAI, for he is highly exalted:
the horse and its rider he threw in the sea.
2 Adonai is my strength and my song,
and he has become my salvation.
This is my G-d: I will glorify him;
my father’s G-d: I will exalt him.

“At the Feast of Tabernacles, the priests were divided up into three groups. With two and a half million people, they needed every priest available. One group of priests took care of all the offerings and sacrifices. The second group, headed by the high priest, was in charge of the drawing of the water for the water pouring ceremony. The third group went to the willows to cut the willows from the brook to satisfy the requirement to rejoice with the willows of the brook. The group headed by the high priest went out the Water Gate, the southern gate, down to the pool of Siloam. The priest used a golden vase to draw the water from the pool. The water was known as living water. The high priest’s assistant had a silver vase filled with wine. At the head of the large procession, the high priest carried the living water back to the temple.

The third group of priests went out of the Beautiful Gate, the eastern gate, down to Motzah valley, and cut willow branches 25-30 feet in length. They also traveled back up to the temple in a procession lined with singing people. Each of the pilgrims had a “lulav” consisting of myrtle, willow, and palm branch, and an Etrog (citron fruit). They would wave their lulavs and sing the same Psalms as the first group. The priests would stand in procession 30 feet apart, take one step, wave the willow, then take another step. The wave of the willows created a wind which represents the Spirit of YHVH (Ruach ha’Kodesh). They did this all the way up to the temple.

As the two groups converged on the temple, another priest stood on the southeast corner of the temple wall and played the flute calling them into the temple. Since the flute was the pierced instrument, he was called the pierced one.” (Moed Ministries)

Yeshua is the Living Water. The pierced one summoning both the Holy Spirit, and the Living water “sent out” from the pool of Siloam to the temple (Moed Ministries)!

The shofar was blown three times while the priests walked around the altar pouring the water and wine on the altar.

When Yeshua died on the tree/cross, that tree/cross was the altar, and like the water and wine, His blood and water that poured out!! This is incredible!

Many have asked what does the name “Emmanuel” mean?
It means “ YHVH (G-d) is with us.”

John 1:14 (CJB)
14 The Word became a human being and lived with us,
and we saw his Sh’khinah,
the Sh’khinah of the Father’s only Son,
full of grace and truth.

Now we can understand that He (G-d) would dwell with us in the Tabernacle of Messiah’s Body.

Yeshua was born during the Feast of Tabernacles, hence the word “Tabernacle.”

Yochanan the Immerser (John the Baptist) was born during Passover (Feast of Pesach), six months before Yeshua was born. Yochanan was born first to tell them the “Light of the World” was coming.

Luke 1:17 (CJB)
17 He will go out ahead of ADONAI in the spirit and power of Eliyahu to turn the hearts of fathers to their children[a] and the disobedient to the wisdom of the righteous, to make ready for ADONAI a people prepared.”

10 The talmidim asked him, “Then why do the Torah-teachers say that Eliyahu must come first?” 11 He answered, “On the one hand, Eliyahu is coming and will restore all things; 12 on the other hand, I tell you that Eliyahu has come already, and people did not recognize him but did whatever they pleased to him. In the same way, the Son of Man too is about to suffer at their hands.” 13 Then the talmidim understood that he was talking to them about Yochanan the Immerser.

The Messiah was born six months after Yochanan, and He was born on Feast of Tabernacles, which places his conception during Chanukah—Festival of Lights–The Light of the World! This is brilliant!! Hidden in plain sight!!

John 1:4-9 (CJB)
4 In him was life,
and the life was the light of mankind.
5 The light shines in the darkness,
and the darkness has not suppressed it.
6 There was a man sent from God whose name was Yochanan. 7 He came to be a testimony, to bear witness concerning the light; so that through him, everyone might put his trust in God and be faithful to him. 8 He himself was not that light; no, he came to bear witness concerning the light.
9 This was the true light,
which gives light to everyone entering the world.

Now if you reread that verse, we see plainly that “Light” was written seven times. Looking back in the beginning of this blog– Feast of Tabernacles, we are reminded that (7) represents “Completeness in HIM.” Are you seeing any connections yet?

It’s so amazing what HaShem has set before us in the Word, and how many of us have missed this because we have blindly accepted “Doctrines of Man,” ignoring or not knowing HIS Appointed times? I am sure He desires and longs for us to “Tabernacle” with Him.

Many say Yeshua (Jesus) was born on December 25th. Biblically, that is incorrect, as the winters are too harsh for travel. The travelers would have to travel very far, and certainly, the shepherds would not have their sheep and lambs far up in the hills in December!! And from the verses presented, we must stay in HIS Word; seek HIS Way (not ours).

The truth shall set us free!

Lastly, the census was taken during the Feast of Tabernacles because that was during G-d’s appointed time for the pilgrimages to be made when everyone gathered. Now, one can begin to understand why there wasn’t any room at the Inn. Joseph, Miriam (Mary) and Yeshua stayed in a SUKKAH, not a stable, for the light and glory entered the world WHO would then tabernacle with us (John 1:14)!!
Amien!

May your Sukkot be blessed!

Ephraim in the Land
The Culture of the Bible

Understanding the Bible through Hebrew culture

Examining Scripture from a Hebraic perspective.

It's time to leave Egypt!

Leaving Egypt is only the beginning of our journey...