Last Dance on Earth is Our First Dance in the Kingdom 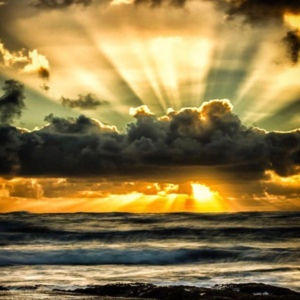 Last Dance on Earth is Our First Dance in the Kingdom

When our day on this side of the life comes to a close, it’s only the beginning of Eternity. Our choice determines our eternal state. Every person from conception is given life with a spirit and two souls from Hashem that remains in us throughout our journey. We are given “free will” to manage our souls that’ll determine our walk. Every human being is given an opportunity to hear (Shema) and accept Hashem’s way in obedience, and be in covenant, or deny receiving the Torah of Truth (Emet).

Hashem desires us (heart, body, soul) to be in covenant with Him. Do we love and honor Hashem with a yearning for Him to dwell with us? On Day Six of Creation both beast and man were created. When man lives a life contrary to the will of Hashem, he is in direct rebellion, like Esau (red and hairy); running wild in the field (world). When man lives with a heart to follow Hashem in obedience, he/she is like Jacob (tent dweller). Our actions, thoughts, and behaviors determine our character and path.

“And the LORD said to Moses, “How long will this people spurn Me, and how long will they have no faith in Me despite all the signs that I have performed in their midst?” (Numbers/ Bamidbar 14:11)[1]

There comes a time in life when every person will have reflective questions such as: Is there life after death? Is there a G-d? Why am I here? How can I grow closer to G-d? Who am I? Does G-d forgive? When these questions arise, that’s when it is time to truly seek Hashem, dig into the Torah, reach out to a Rabbi, pray, and/or reach out to a friend who is a believer in Hashem for guidance and davening.

We should have the desire to reach out to others with kindness. When a person desires to learn Judaism, it’s very important to meet them where they are at on their journey. If we try to make them step to a higher level from where they are, they will stumble in frustration. That could place both parties into a hurtful situation; leaving the individual more confused with a broken vessel.

The dichotomies of the transitions tell us that we need to understand everyone learns and receives Emet and Emunah at their own pace. Learning the beautiful teachings of Judaism, the ways of Hashem, can overload one with too much light. A person’s vessel can only take in so much. We need Hashem’s Truth in our life, to be Torah Observant, but if we blind people from too much light given at once, they can’t see.

When we reach out to others, we set out with the hope and zeal they’ll come running to Hashem in Teshuvah as a child with excitement. But that’s not always the case. We must be patient. After all, Hashem is patient with us.

There are some people who are in complete rebellion, or they have been deceived; unable to “see” truth at this time. Like it or not, we are only the messengers. Hashem can reach our heart and bring us to complete Teshuvah (repentance). Good decisions are made by individuals who desire to have a change of heart. We (Israel) are called to take TORAH to the Nations with Chesed (loving kindness). 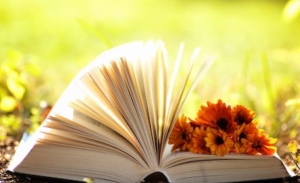 Our Father will bring us to that point in life when we question the hereafter for assurance. While my Dad and Grandmother (Nana) were alive, they began to question their beliefs and the hereafter. Hashem knew my Nana was ready to receive Hashem’s truth. Hashem blessed our day with five and a half hours visiting with my Nana; sharing teachings from the Torah. We went to lunch and I helped with her laundry. We prayed together for Hashem’s protection, wisdom, and guidance before I left. One month later, I was reminded to call her. She was ready to make Teshuvah. The phone call was amazing with divine inspiration of healing words of Chesed. Hashem is faithful and answers prayers. Days later, she took a bad fall, dementia set in quickly from the brain swelling. During the last four months of her journey she was no longer bitter, her heart had softened. She died at the age of ninety-seven years.

Baruch Hashem! Hashem sent me to her during her last days of life; giving her an opportunity to have a change of heart. It is an honor, as well as humbling Hashem chose me to help her overcome areas that needed healing. Her Neshamah was crying out for compassion, restoration,  and healing. It was a beautiful moment in time for a grandmother and her granddaughter to spend precious time together, sharing inspiring words of Hashem. May her name be a blessing and cherished. Although I believe her spirit is in Hashem’s tender care, there are days I miss her. I sometimes wonder how our relationship would have been had she known she was truly a Jewish woman. It’s a lonely thought…

Years later after the passing of my Nana, my Dad’s health took a turn for the worst. The loss of weight was assumed to be related to diabetes. A short time later, tests confirmed colon cancer. In the beginning of his journey there were high hopes for cancer removal after chemotherapy, providing the tumor would be small enough. His walk in this “wilderness” was very hard on him, my Mom, and family. Family gatherings and camping stopped. It was too hard on him. He loved to see his family, grandchildren especially.

Cancer has a way to cut into people’s lives, an enemy who destroys. The loss of hair was expected, but the days of exhaustion left him no energy to make it through the day without sleeping. He was always cold, even during summertime– a coat, hat, and gloves were worn.

Going into his third year of cancer treatments, my Dad began to feel stronger, had more energy, his appetite returned, and overall, happiness. The doctors changed his chemotherapy to tablets; allowing his hair to grow in. I received a call. It was my Mom. They wanted to come over so that I could take a photo of my Dad and text it to my sister. He was glowing with happiness– telling me he could beat it. The blood counts on the labs were amazing!

Everything changed a month or two later. The numbers increased. The cancer spread to his lymph nodes and liver. Sadly, paracentesis treatment became weekly to remove fluid from his abdomen and legs. A walker was soon needed. His health was failing quickly. One day, he lost his balance while using his walker and fell. My daughter and I arrived within minutes after my Mom called for help. Moving the walker aside, I reached for his hand, his eyes looked into mine as he extended his hand. At that moment I saw a deep sadness in the eyes of a humbled man in despair who was lost and scared. His Neshamah was crying out for healing, truth, understanding, and security! Uncertainty of eternal life was finally acknowledged. There are three things people fear in life: loss of dignity, loneliness, and eternal life.

My Dad began to question things about G-d and the hereafter when cancer was taking much of his life. The cancer was taking my father’s life at maximum speed. Time was running out. My heart was breaking. His last days were mostly unresponsive, sleeping. I continued to ask Hashem that while my Dad slept, the Shechinah would reach him in the deepest depths of his heart and soul, where no man could reach. I asked Hashem to open his ears only to truth, and to remain closed to lies.

The days were coming to an end. Hashem made a way for a friend to visit. When Elon arrived, my Dad was in a deep sleep, unresponsive. Elon began to sing about Teshuvah, an older song written by a man of Jewish decent. My Dad’s eyes immediately opened. His eyes looked directly at Elon. He wanted to stand up next to Elon while he continued to sing about Teshuvah. My Dad kept his eyes on him. He became tired, but he stood up until he could stand no longer. Elon gently lifted up my frail father, placing him back into bed. Elon called me with the Good Report regarding my Dad’s miraculous response. My father passed on the following day. May his name always be a blessing–Dad, I miss you so much!

He heard (Shema) a song of repentance the seventh of April of 2016 (seven means completeness); he passed away on the eighth (eight means New Beginnings)! B”H! Hashem is faithful to His promises.

My Dad was a man of hard work. He desired to remain active during his days battling cancer. Retired as a self-employed business owner, refinishing furniture (specialized in antiques), he learned different crafts to keep busy such as: hook rug, making bird houses, and knifty- knitting. While battling cancer courageously, in pain, suffering horrible side effects of chemotherapy, his love for others shined brightly. During chemotherapy appointments, opportunities were given to make unconditional friendships. It was important for him to meet others suffering from cancer; giving them kind words of support.

He made hats and matching scarves with the knifty-knitter; sporting many colors and stripes to brighten up the lives of others. He also wanted them to stay warm. After he passed away, his gift of giving didn’t stop. The Cancer Center contacted the News station to do news a segment; showcasing his beautifully knitted hats and scarves. And they did! What an honor!

These incredible stories were shared as a wonderful reminder that everything happens in Hashem’s timing. We are to spread Hashem’s Light to others, to take the Torah out to the Nations, as well to anyone with an ear to hear. There will be times of rejection, but we need to keep shining His Light with loving kindness. It’s important to remember it’s not the messenger they are rejecting. Sometimes the Light is too much for them at that time. Hashem will bring messengers to the ones who desire to receive Emet—even if it’s in their last days.

Do you remember when I mentioned we all have “Esau’s” and “Jacob’s” in us? When we become fearful and prideful, we are rebelling (rejecting) G-d’s will. When we become obedient to His will, we are like Jacob. Hashem is faithful and loves us.

“But if you search there for the LORD your G-d, you will find Him, if only you seek Him with all your heart and soul— when you are in distress because all these things have befallen you and, in the end, return to the LORD your G-d and obey Him. For the LORD your G-d is a compassionate G-d: He will not fail you nor will He let you perish; He will not forget the covenant which He made on oath with your fathers.” (Deuteronomy/ Devarim 4:29-31)[2]

How will we dance on this side of life? Hashem wants to be in covenant with us. Choosing Life in Torah is our dance with Hashem, our King in Eternity. Choose Life! Rejoice!